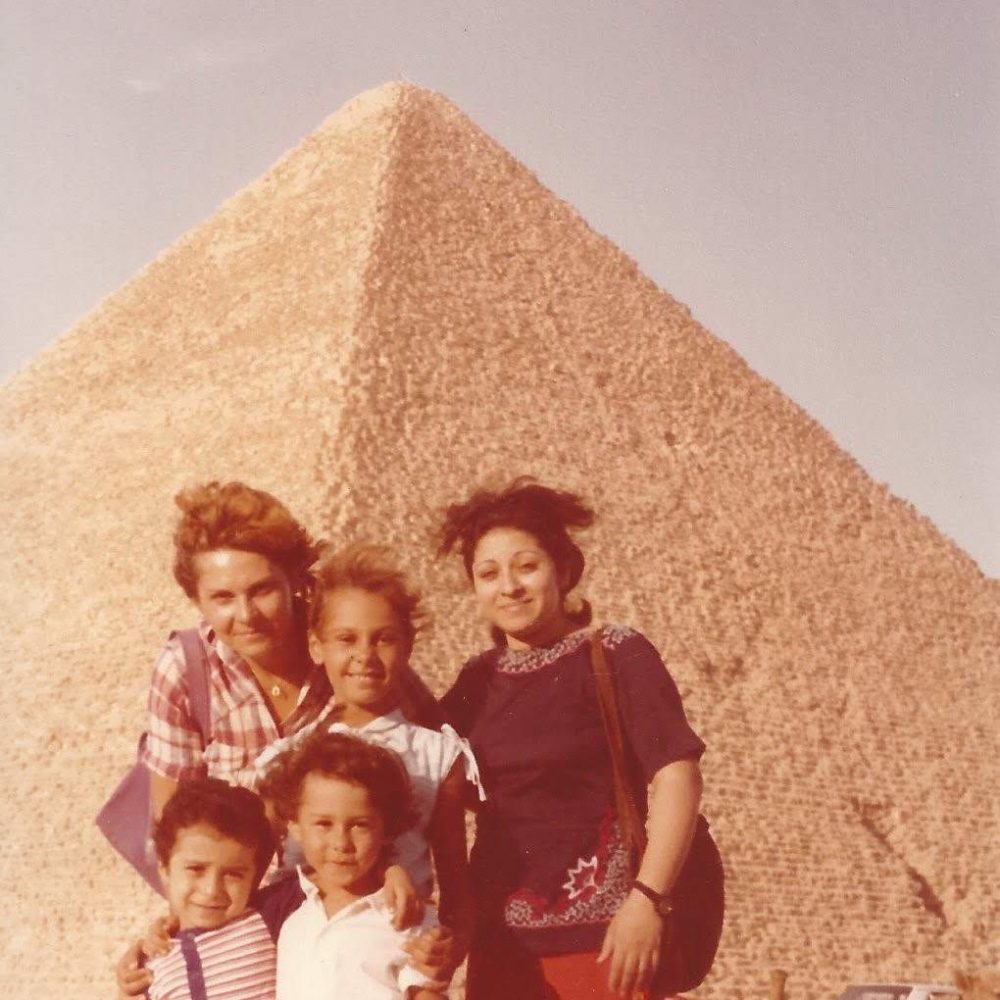 I was born into an immigrant family seeped in poverty consciousness, lack consciousness, and fear. My family and their parents before them struggled: it was in our blood, and for good reason. I don’t fault them for who they are and were – my upbringing allowed me to become who I am today. In my family, the arts were considered highly impractical. Music was the only art I was allowed to study, and “allow” is a big stretch. Writing, acting, photography and artistic expressions of any sort were deemed useless. “You can’t make a career out of what you love. You have to find a good, secure job. The arts are never reliable or stable. Don’t waste your time or energy. You’ll never make it. There will always be someone better than you, richer than you and more connected than you. That’s not who we are. Focus on what’s safe.” 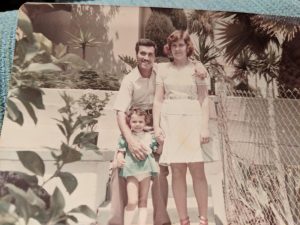 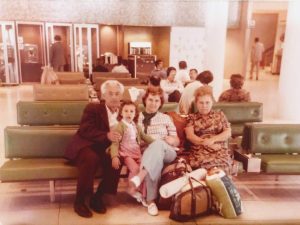 Even to this day, those voices still haunt me, especially when I fall into doubt or hard times. It takes my yoga and meditation practice to trust in myself, over and over again. And when I look back at everything I transcended, sometimes I surprise myself.  I’ve created writing opportunities based on sheer grit, love and determination. Truth be told, I didn’t dream or even think of being writer until the car accident that almost killed me.

After that, I couldn’t resist.

I had just begun my freshman year of high school.

I remember enjoying my day at school. I decided to walk back to my mom’s laboratory where she worked. I’ve always loved to walk. About a half a block from my high school, I began craving something cold from the convenience store across the street. I waited at the crosswalk for the cars to stop and began walking.

At the last minute,  just as I crossed into the empty inner lane, one car decided to switch lanes and struck me, full-on.

Everyone later said that the collision”should have” killed me. The car wasn’t just a car, but a Suburban and it was speeding at over 45mph. Instead of being trampled and run over, I bounced onto the hood of the car and carried until when the car finally braked, over 80 feet of skid marks later. 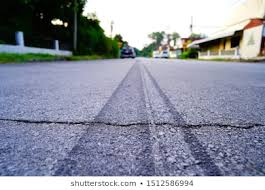 The sudden force tossed my body to the other side of the street, where I drifted in and out of consciousness. It was just after 3:15pm.

During those first few months, everything about me radically shifted: I intuitively understood spirituality, life, and the power of the mind in radically different paradigms than I had ever been taught. Writing became my refuge. My new insight into life (my “awakening,” as many would call this) clashed with my cultural and religious beliefs. I had no words for what I felt and so I began to write stories, poetry and diary entries.

I wrote about living in traction for over a month in the hospital pediatric ward, about my six surgeries to re-brake and re-set my femur and about living for six months in a full body cast. I wrote about spiritual and esoteric thoughts, utterly foreign to my church-going beliefs. Writing became much more than an internal analysis of my ever-shifting paradigm and world. It became the form of exposing my innermost self and of expressing ideas I couldn’t verbalize. 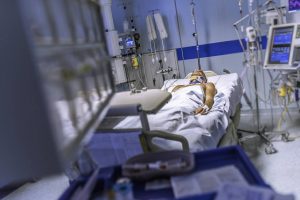 I had a few small op-ed pieces published in the UCLA Bruin Newspaper. I joined a writing club. I wrote prolific diary entries and travel journals and I interned and later worked for two literary agents. After graduating, I enrolled in the Professional Program in Screenwriting at UCLA. Even then, I struggled with my upbringing and kept my writing mostly to myself. 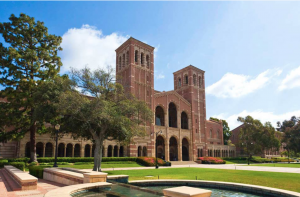 Three years after graduating, I was living amongst and hanging out with a bunch of  Europeans, mostly French, Spanish and Italian, in Venice Beach. I rediscovered dance music in the States- different than I had experienced in the massive discotecas of Alicante and Ibiza. Instead, I went deep underground – warehouse parties and desert gatherings. Above ground, I started working at LA’s biggest megaclub, Giant, helping out with marketing, PR and Guest List. Amongst it all, I found my community and inspiration, and the writing began to flow. 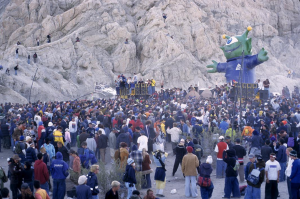 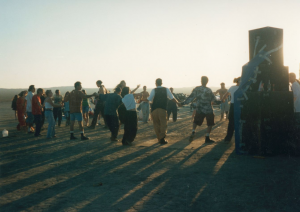 1998: Lotus Magazine
My first published article sparked a writing career born of passion. Lotus magazine picked up for publication. I wrote about the late 90’s LA rave scene, a world saturated with non-stop parties, distractions and events. My friends drowned themselves in groups and it bugged me. I saw the need for balance and offered tips on how to create solo time and get to know yourself. My article ended with these still-relevant tools for self-awareness: Yoga, Tai Chi, Meditation, The Alchemist, The Artist’s Way, and The Tao Te Ching…I continued writing for Lotus, and began pitching other dance music magazines.

Two years after that first published magazine article, I moved to London for a few months and booked a gig as the West Coast Editor for UK-based DMI Global. Back home in LA, I interviewed bands and musicians alongside electronic music artists and producers. 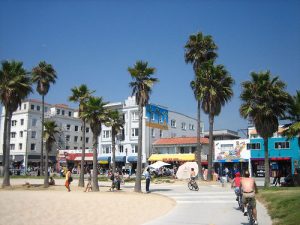 I was in my mid 20’s, being flown abroad on assignment and I loved every inch of it. Back then, I barely cared about the money. I just loved being press– backstage and VIP, wherever I wanted.  I networked with promoters, artists, publicists and editors, who, in turn, hooked me up with local promoters, artists and publicists as my friends and tour guides. NYC, London, Miami and LA were my playgrounds. I was a regular contributor for Detour and Flaunt Magazines.

My day job was production and documentaries. I landed a gig as the assistant to Oscar winning D.P. Emmanual Lubezki on Paramount’s Lemony Snicket; A Series of Unfortuante Events. After we wrapped, I pitched Lubezki’s lighting setup to Film&Video Magazine and my story made the cover. 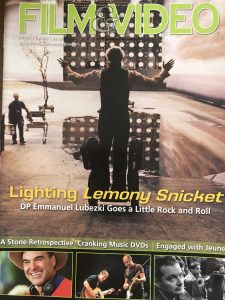 I got married, had a baby, and toned down my production and music career.

I began writing for LA YOGA magazine, and in 2011, had another cover story – my interview with the former Surgeon General of the United States, the man who saved my life as an ER Surgeon. I’ve continued writing for LA YOGA magazine and other publications. My more recent LA YOGA Magazine articles explore environmentalism, the festival-meets-yoga world, and the science behind the power of sound vibration. I also love reviewing films, such as my recent review of the documentary, The Portal.

Life goes on. I’m no longer married. My “baby” is now in middle school, and I’m going back to my first love, writing. 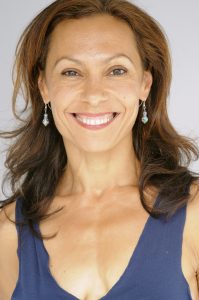